In the Spring and Autumn Period the ceremonial rites of the Shang and Western Zhou changed as the Zhou clan lost power throughout the period. Some ceremonies reserved for the emperor, including those involving nine ding, were used by other nobles. As powers other than the Zhou clan rose the use of bronze became more widespread. At the same time techniques improved even more. The Rites of Zhou 周礼 recorded different proportions of copper to lead or tin for different types of bronze ware. The highest being 50% copper and 50% lead for use in mirrors. The wax-loss casting process was developed and techniques were standardized. The main advantage of the wax-loss process was high precision. More bronze artifacts for practical use appeared in this period, including household use and weapons. 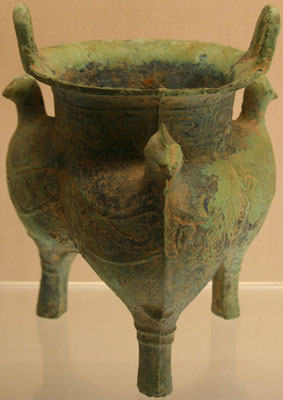 The li 鬲, shown in the picture above, is a cooking vessel believed to be for cooking rice porridge and meat. It was used from the early Shang to the Warring States period. 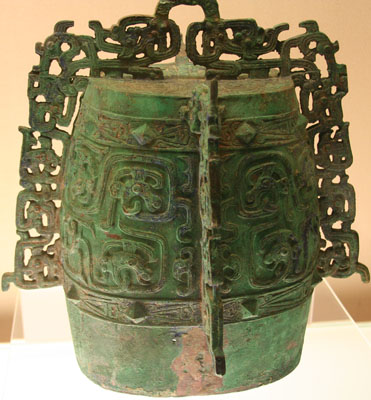 The fu 簠 is a covered food vessel possibly imitating a wooden or bamboo vessel. 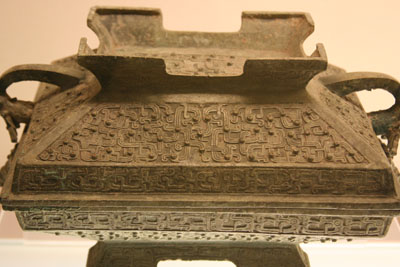 Fu and gui are mentioned in the Confucian classic The Rites of Zhou 周礼, which says, 凡祭祀共簠簋 “food is ordinarily offered in a fu or a gui.” 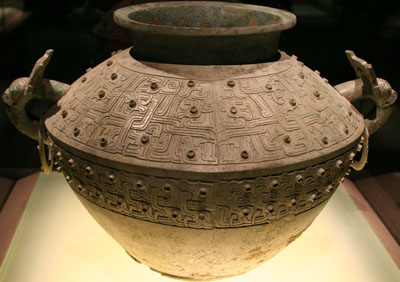 Pen 盆 is a term that is still in common use today to mean a shallow container for holding water. The ancient variety is shown below. 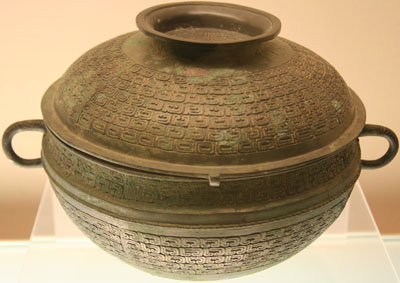 A zheng 钲 is an ancient musical instrument with military use. Zheng of different sizes were sometimes organized into a group to allow for different tones. 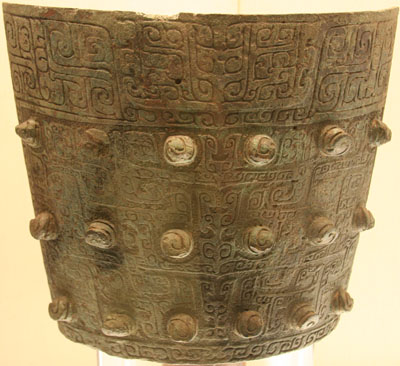 Many zun 尊, like the ox-shaped zun below, were made in the shapes of animals. The zun was used to heat wine. There are three holes in the back of the ox. The center leads to a contain that can be removed that was used to hold the wine. The other two holes were used to add hot water to heat the wine. Notice the fine taotie patterns within the dragon patterns in the detail picture. There are tiger and rhinoceros patterns around the neck. 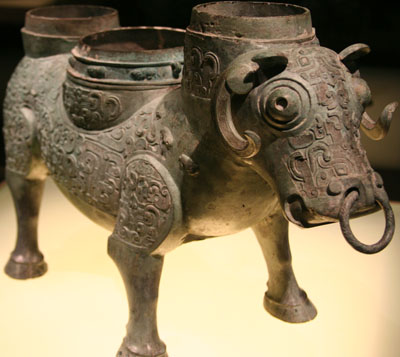 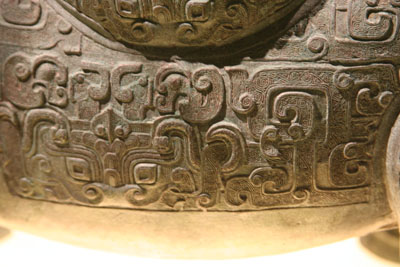 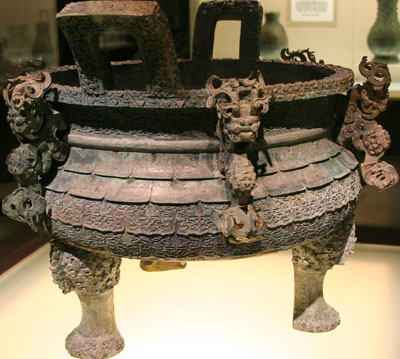 A coiled dragon 蟠龙 is one that is dormant and has not yet flown to the sky. Notice that the dragon in the picture below is coiled around the drum stand. This is the same shape as found coiled around columns in ancient architectural structures. 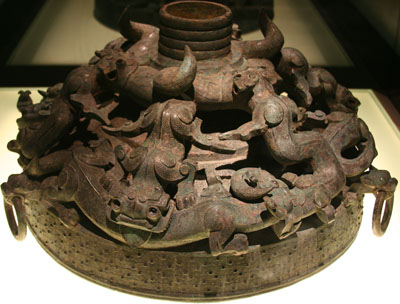 The jian is a large water container. The jian below is 73 cm in diameter and belonged to Fu Chai, king of Wu. It was excavated in Huxian in Henan province. There are two handles and two horned dragons climbing over the rim. 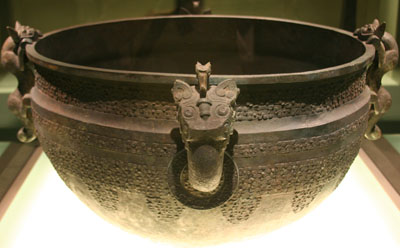