The Songze Culture was a Neolithic culture south of the lower reaches of the Yangtze River, named after a village in the Shanghai area. 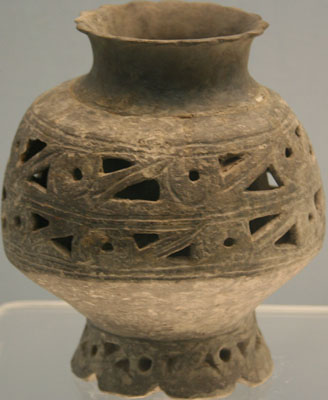 Black pottery 黑陶 is a style of pottery originating in the middle and lower reaches of the Yellow River in the Neolithic Age. It was developed from painted pottery and became widespread starting around 2,000 BCE. It was mostly produced on a fast potter's wheel (kick wheel) that span faster than the slower wheels used previously. Shaping tools were also used. Polishing of the surface was sometimes done when the clay was almost dry. This gives a smooth and shiny appearance. 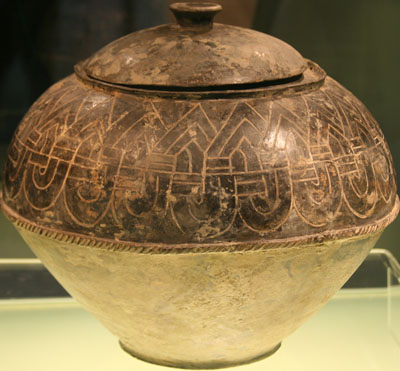