The Yangshao Culture 仰韶文化 was a matriarchal Neolithic culture from the central Yellow River basin that dates from about 5,000 to 3,000 BCE. They were a very prolific pottery producing people and we know them mostly through their distinctive painted pottery, frequently including rose patterns. Yangshao was first discovered in 1921 in Mianchi County, Henan Province. Most decorative patterns are black and / or red. From their distinctive pottery the Yangshao culture has been identified with Gansu, Shaanxi, Henan at the center and also present in Hebei, Inner Mongolia, Shanxi, Qinghai, and Hubei. 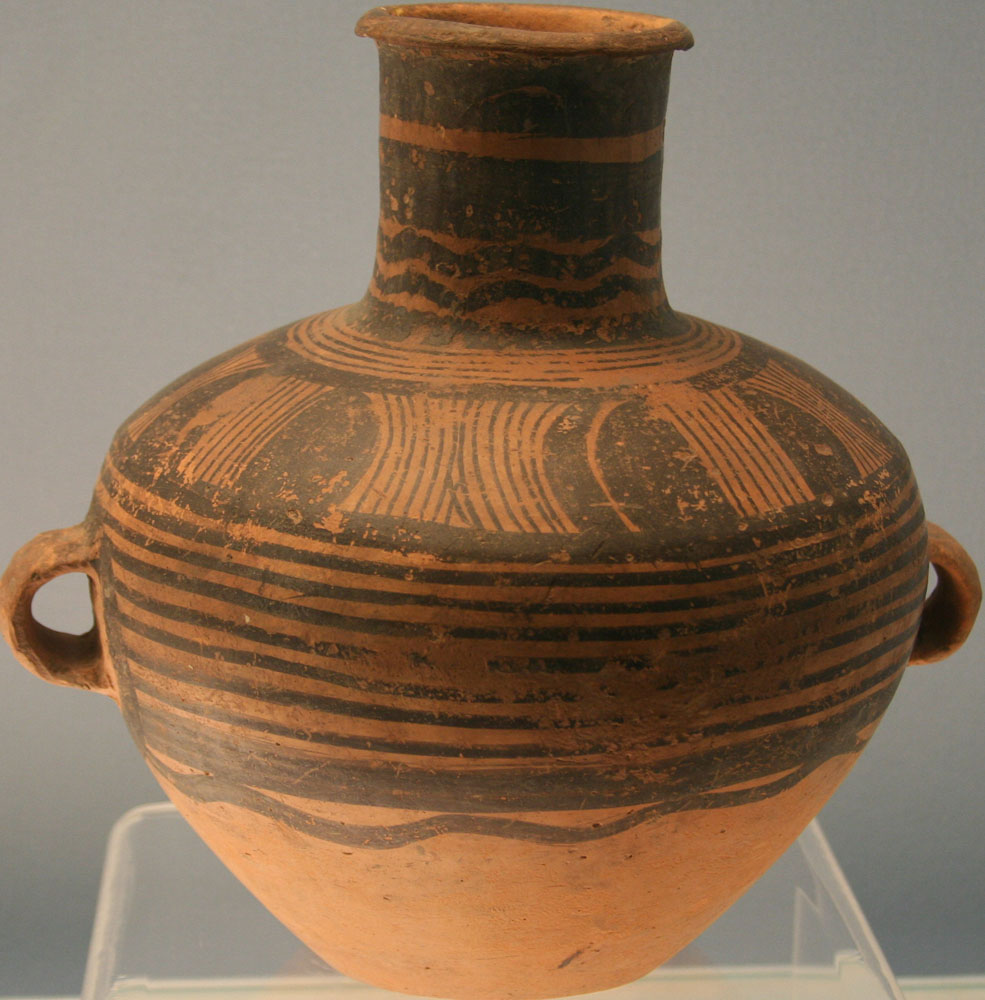 We call the kind of pottery made by Yangshao Culture people painted pottery 彩陶. The painted designs were applied before firing. The firing process fuses the painted design with the clay making it quite resistant to fading and degredation. This is one of the reasons that a large amount of painted pottery has survived. The designs were mostly painted with black or red paint and included geometric patterns, plants, and animals. The main pigment in the red paint is iron and the main pigments in the black paint are iron and manganese. 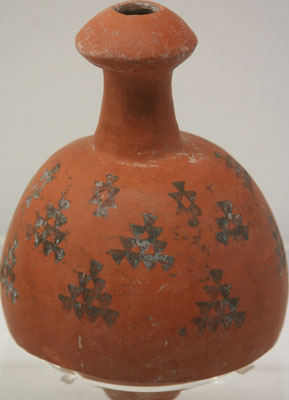 In the early period of pottery making the artifacts were fired in open fires. Temperature was hard to control but gradually people learned to control breakage by slowing the temperature at which the pottery cooled by covering it with ash and other materials. Pinching is the most basic way of making a pottery artifact. To do it you just mould a piece of clay by hand. This method is too crude to produce much of value. The next most sophisicated method is to stack strands of clay. This was one of the first ways of making practical utensils but the pottery was thick and hefty. A further development is to coil strands of clay around a mould. After they have been wrapped around the mould the clay can be smoothed out with a paddle. Some minority groups still make pottery this way. 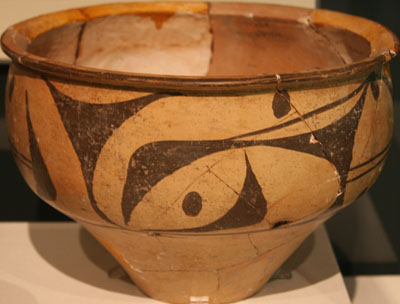 Miaodigou 庙底沟 (c. 4,000—3,000 BCE) was a phase of the Yangshao Culture and successor to Banpo. The pictures above and below show painted pottery vessels from the Miaodigou phase. Discovered in 1956 in Shan County, Henan, Miaodigou, is a significant archaeological site. It is a part of the Yangshao Culture that remained after the transition to the Longshan Culture. In addition to pottery, the people of the Miaodigou phase used stone ware and bone utensils. Many of the pottery artifacts were used in rituals. 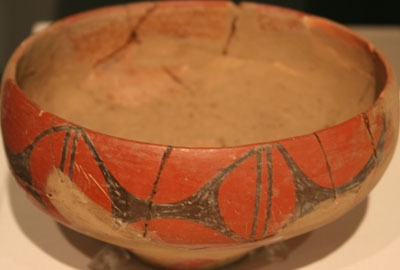 The potter's wheel was developed sometime around the middle of the Yangshao period. 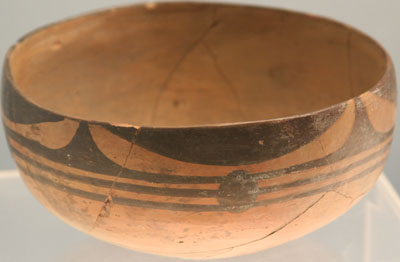 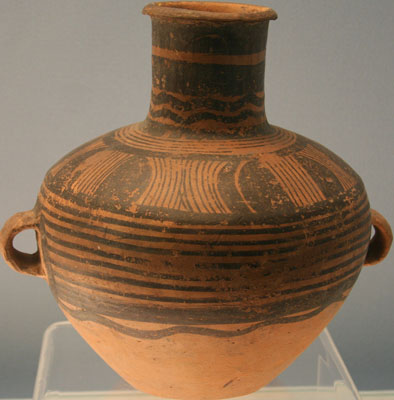 Banshan was a later phase of the Majiayao Culture. A pot with a lattice design from the Banshan phase is shown below. 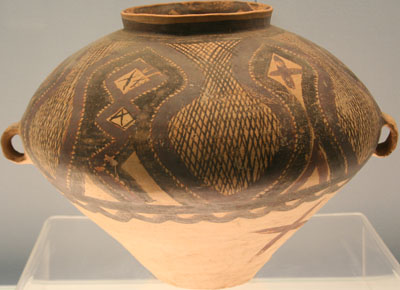 A jar with a lattice design from the Machang phase is shown below. 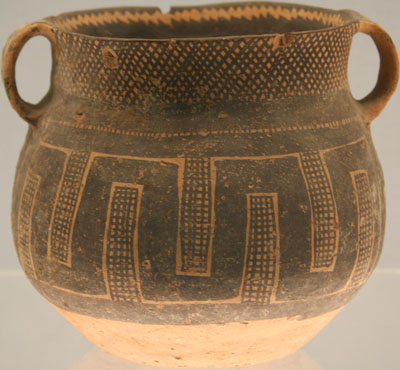 A ring pattern is used to decorate the pot below. 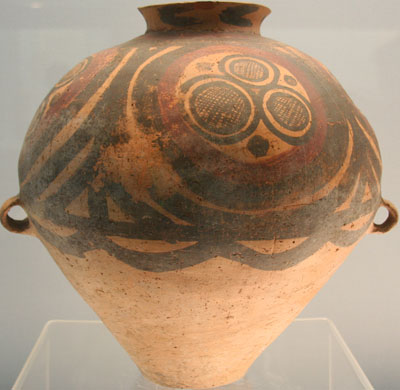