Terracotta 赤陶 is unglazed pottery and was commonly used for roof tiles and other outside building items. Some of these items, particularly roof tiles, were also made with glazed pottery. Perhaps the most famous use of terracotta was in Emperor Qin Shuhuang's tomb for the Terracotta Army 兵马俑. One of the most common areas to add distinctive decorations were the eaves tiles 瓦当, which are the last and most conspicuous tiles on roofs. Some eaves tiles are shown below. 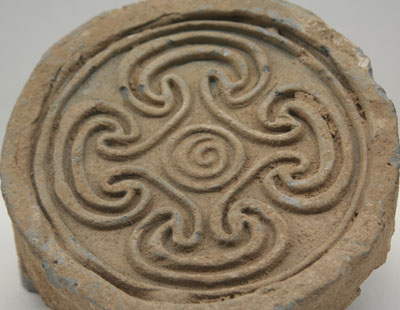 The tile above shows a rolling cloud design and the tile below has a lotus design. Both forms of design are seen in other mediums, including jade and porcelain. 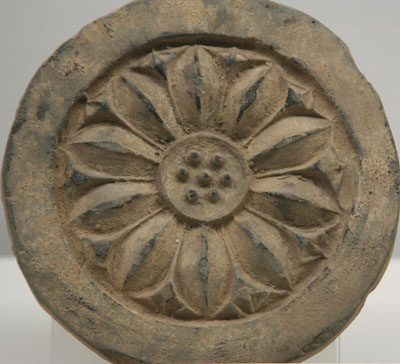 The character for happiness 喜 is commonly used in decorations. The eaves tile shown below from the Humble Administrator's Garden is stamped a stylized variation of this character. 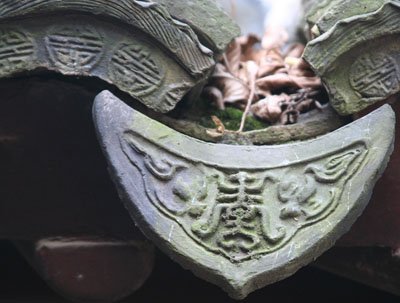 The best terracotta designs to be found are in temples and palaces. The very impressive looking dragon below sits on top of the Seven Buddha Hall at Bao En Temple in Suzhou. 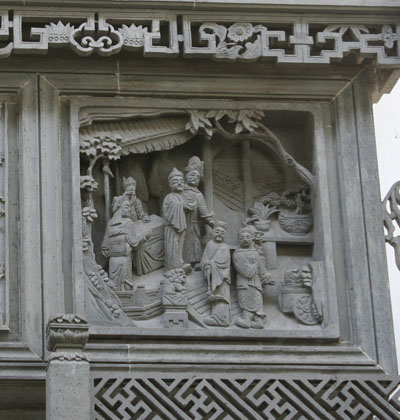 Chinese gardens are good places to reflect on the ideals of peace, happiness, and longevity. The carved brick below features a stylized version of the longevity character 寿. 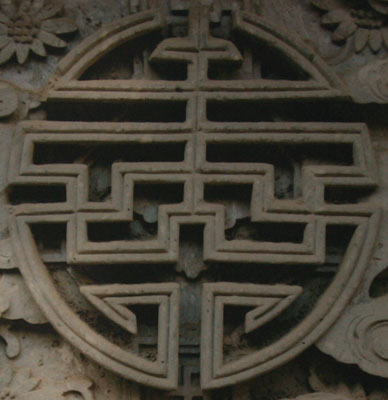 Open screen windows 漏窗 in Chinese temples are a feature from classical Chinese architecture. An example of this from Lingyin Temple, Hangzhou is shown below. 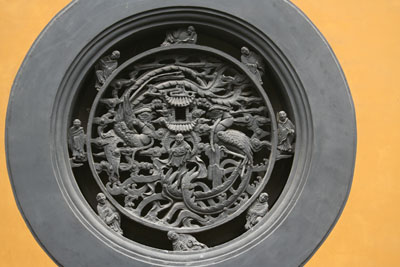 The crane is the most celebrated bird in Chinese art after the phoenix. It is a symbol of long life. 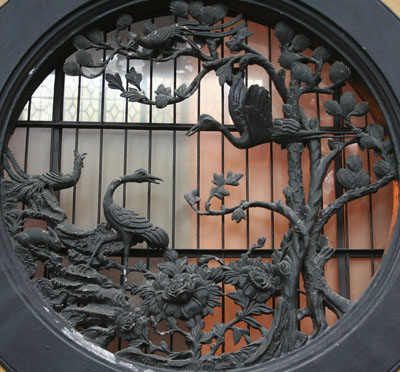