In later periods bronze lost its place as the centerpiece of imperial power. Bronze became more affordable to people outside sovereigns and high nobles. Also, other materials, such as iron and later steel, were developed that are lighter and stronger than bronze. However, bronze retained its place as a material of choice for certain artifacts, such as large bells and incense burners. 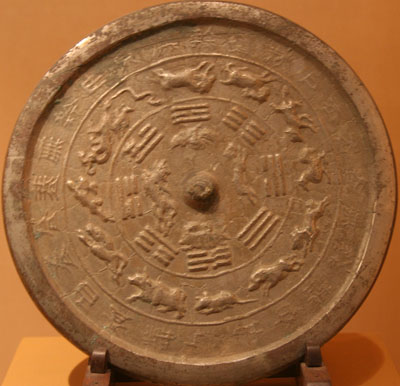 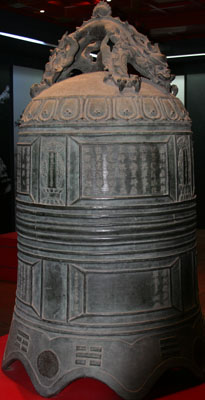 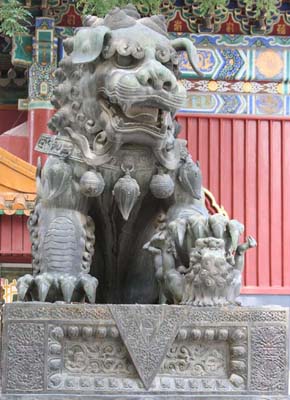 Statues of lions, usually placed in pairs on either side of an entrance, are a common site outside buildings in China. This is connected with their symbolism in Buddhism as being a defender of the Dharma. The copper lion statue above at the Lama Temple in Beijing is especially impressive. Besides the main sculpture the patterns on the base are intereting. 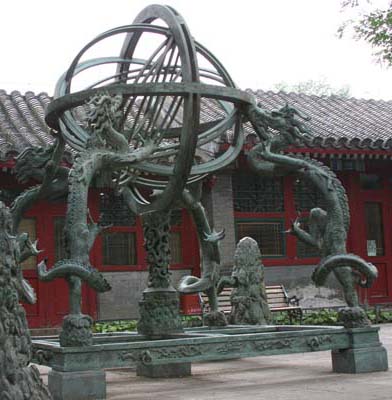 The two copper pitchers below from Xinjiang show an obvious Middle Eastern influence, including Arabic text. Uyger art has a distinctive mix of Chinese and Middle Eastern elements with the addition of something unique in itself. The pitcher immediately below has fine floral designs. 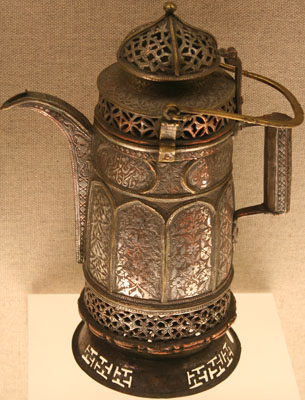 The pitcher below, from Kashgar, has an interesting spiral pattern, shown in detail on the right. 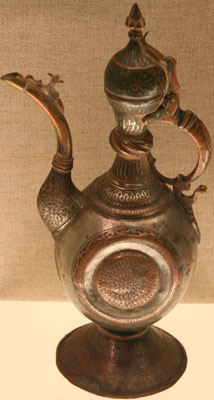